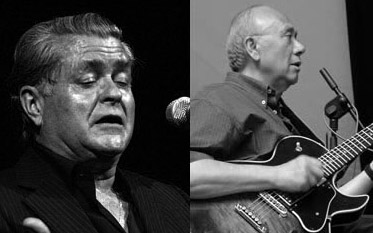 We continue with the stylistic line in this month of contrast and compare music genres that eventually converge joining languages in something new. In this we are the sumando that precisely in this concert, with the presentation of the CD "confluencia", bring us the singer Alfonso Salmeron and Santiago Reyes jazz guitarist. 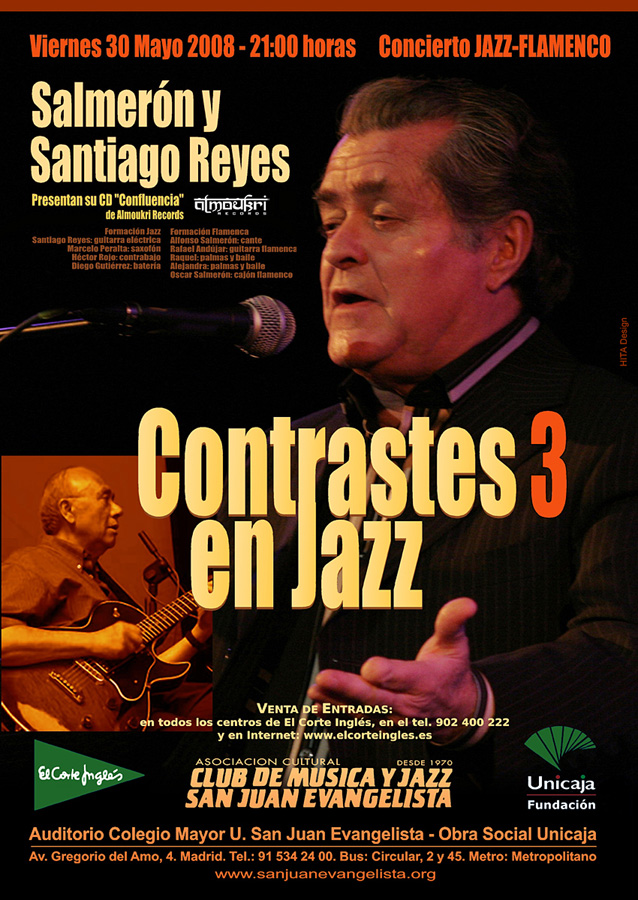 Jazz and flamenco has already a long journey that began with Miles Davis on the LP "Sketches of Spain", "Ole" of John Coltrane, the Modern Jazz Quartet, Lionel Hampton, Charles Mingus, Chick Korea, etc. and continued the tenor sax Pedro Iturralde discs "Flamenco-Jazz", "Jazz Flamenco" and "Jazz, Flamenco, 2" with Paco de Lucía, and the own Paco de Lucía including in its formation jazz groups. Up to the same Camarón de la Isla introduced in some of his records jazz instrumentalists. Subsequently there has been to date a considerable amount of Spanish musicians from their various instruments have fused jazz with flamenco with enough quality and whose names are well known by all fans.

But speaking of the sumando we cannot forget two important characters of this story for his relationship with the San Juan, as they have been the musician, percussionist and drummer José Antonio Galicia "Gali", now deceased, that in the majority of their creative projects attempted to mix flamenco with everything he did. A great improviser with an innate curiosity about flamenco. And a historical voice, of the amateur Juan José González, known as the times for "student", "the engineer", "Juanito", "Pepito the Jazzman" or "Juanjo" which was able to lift a Palace of sports with his soleá por bulerías in the Madrid International Jazz Festival of 1983, devoting the theme Uncle donkey in Jerez. Juanjo, countless times, in the years 80 and 90, It appeared suddenly on stage at the end of the concerts of jazz in San Juan to the surprise of the musicians, especially the Americans, and the public, with his voice in scat singing blues por bulerías, raising the emotional level and quality of the concerts to towering heights.

Two important and essential precedents, It opened the way to the sumando, that it should have had far greater recognition, for the rise and consolidation that walk today. And slope is, picking up the feel of all the press and amateur, you organize them in autumn a homage concert.

If a few days ago we had two giants of popular music such as the double bass player Dave Holland and Pepe Habichuela flamenco guitar, We now have the experience I did know of a classical singer as Alfonso Salmeron and another veteran virtuoso jazz guitarist as Santiago Reyes.

Salmerón is a long singer with a restless spirit pushed from deep tradition and always trying to enlarge the meaning and the staging of the cante jondo. Santiago Reyes is a very personal guitarist, great technique and harmonic domain, Master of the current generation of jazz guitarists, Creative by nature. In "Confluence" awaits a new framework of the sumando which we hope will bring novelty and excitement to this road of jazz with roots that continues to grow.